The Great Pyramids of Giza 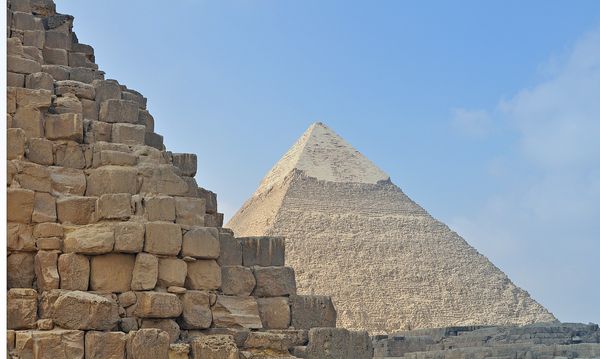 Built during the Fourth Dynasty in the Old Kingdom of Egypt, the ‘Giza Necropolis’ was built between 2600 - 2500 BC, making them over 4500 years old! These ancient pyramids are as old to the ancient Greeks as what the ancient Greeks are to us today! Archeologists still debate over how these ancient tombs were constructed, considering the limited technology available at the time. 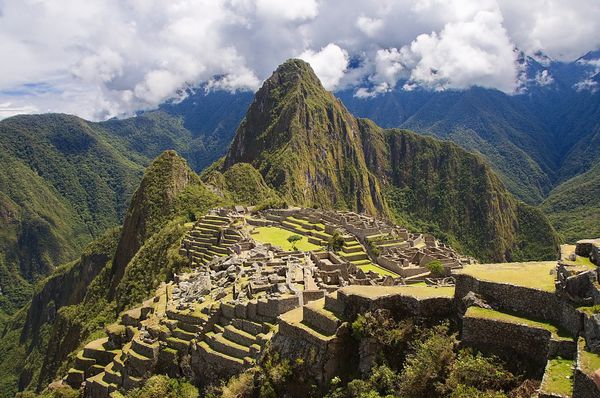 This ancient citadel is considered to be one of the most spectacular urban creations of the Incan Empire. Sitting high above the Andes Mountains at over 8000 feet above sea level, this incredible site was built in the 15th century. A mystery to this day, it's intended use is still unknown, though many archaeologists believe it was a royal estate for the Incan emperor, or a religious site.

The Acropolis of Athens 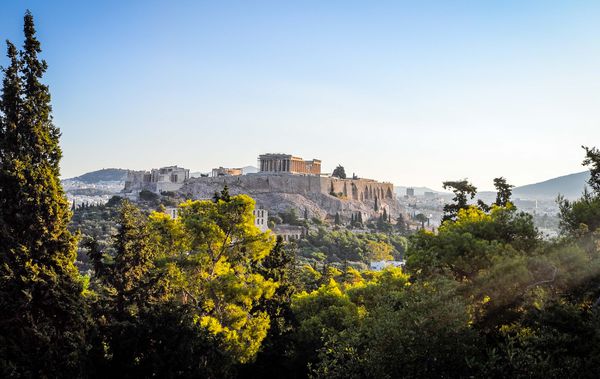 One of the most striking architectural feats of the ancient Greek era, the Acropolis towers above the thriving metropolis of Athens, dominating the skyline with spectacular ancient temples, the most prominent one being the great Parthenon. Having endured countless wars and attacks, it remains today a powerful symbol of democracy and a celebration of Greek architecture.

Check out our “12 Days in Greece” trip here. 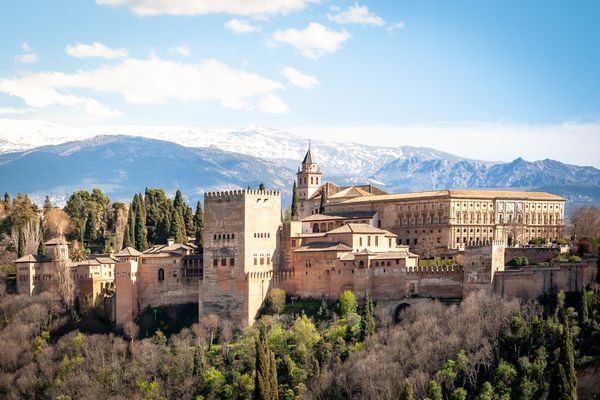 At the heart of Andalusia in Southern Spain, you'll find the awe-inspiring Alhambra Fortress sitting high above the town of Granada. Being one of the last significant Islamic palaces built in Europe, built between 1238 and 1358, "the red one" has some of the finest examples of Moorish architecture and nearly twenty-six acres of spectacularly manicured gardens for you to explore. 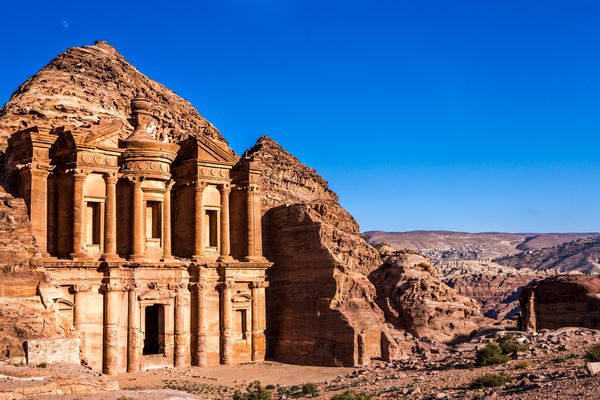 Not only is this a UNESCO Heritage site, but this ancient city is also considered to be one of the Seven Wonders of the World. Built around 300 BC, half of this Nabatean city is carved into the rock sides of the mountains and cliffs scattered around the area, and was once one of the major passageways and trade centers between Arabia, Egypt, and Syria-Phoenicia. The most famous structure being Al-Khazneh, also known as "The Treasury'', resides near the entrance to this sprawling site. 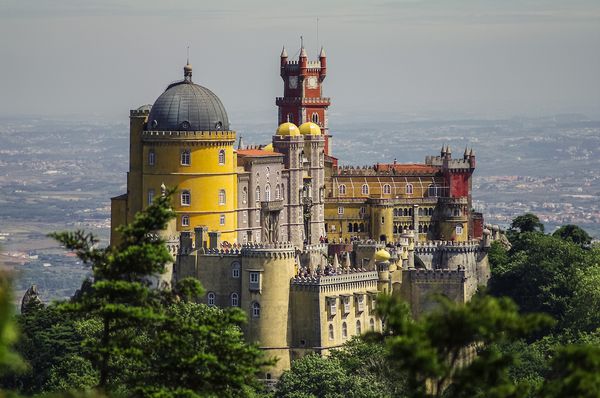 As the first ever European site to be listed by UNESCO as a cultural landscape, this small town houses some of the most astonishingly beautiful landscapes and 19th century Romanticist-era architecture in Portugal. Featuring the fairytale-like Pena Palace, historic National Palace, and ruins of a Moorish Castle, this is one place you can spend a lot of time absorbing the history, architecture and cultural pride of such a unique region of Portugal.

Check out our “11 Days in Portugal & Morocco” trip here. 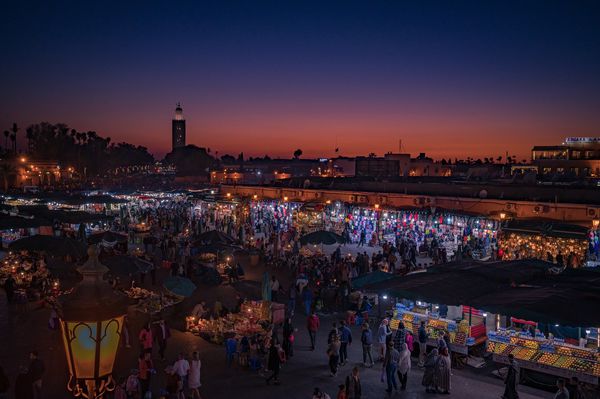 Marrakech was, for a long time, the political and cultural epicenter of the western Muslim world. From the winding souks that sprawl from its central medina to the Koutoubia Mosque and Saadien Tombs, this lively epicentre is still very much a focal point of Moroccan culture today.

Check out our “11 Days in Portugal & Morocco” trip here. 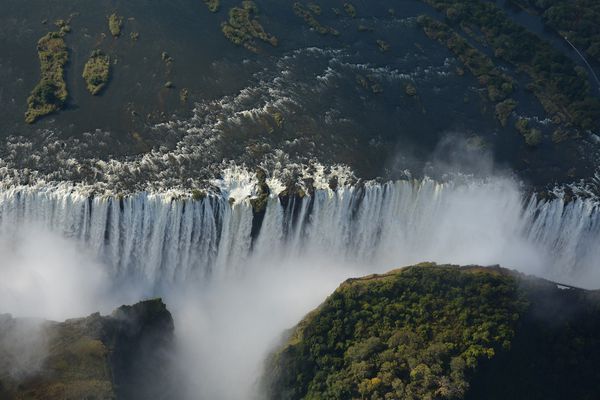 As our only natural UNESCO site on this list, Victoria Falls falls into the category of sheer awe and wonder at its grand scale. Situated on the border between Zimbabwe and Zambia, this is one of the world's largest waterfalls at over 5,600 feet wide and 350 feet high. It also houses its own unique 'ecosystem' fully dependent on the incessant rainfall created by these falls.

Check out our “Victoria Falls Extension” here that can be added to our “12 Days in South Africa” trip here. 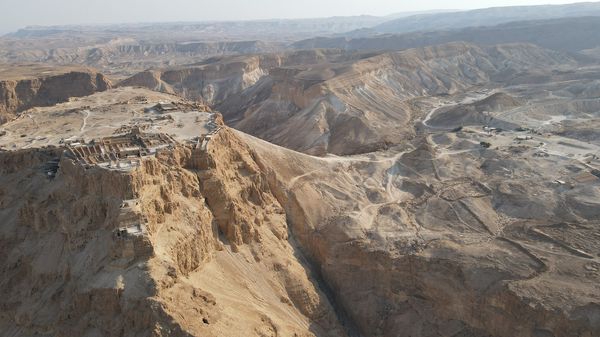 This important symbol of the ancient Kingdom of Israel sits atop a natural fortification overlooking the Dead Sea. Herod the Great built two large palaces here that are considered to be some of the most elaborate and astonishing architectural designs ever built, considering the location and conditions of the area. Also surrounding the fortification are remnants of the most well preserved Roman siegeworks ever found in the Roman world. 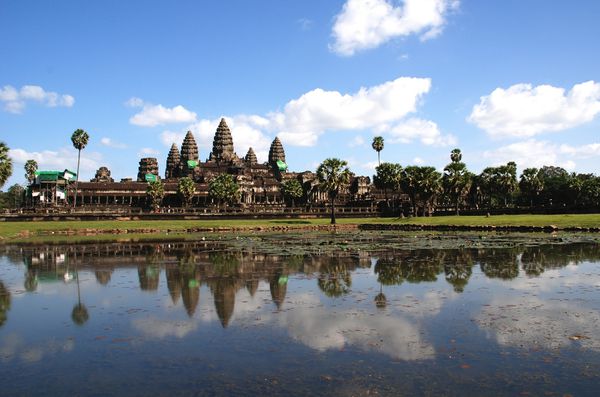 Being the largest ever religious temple complex in the world, Angkor Wat was originally built to honor the Hindu god Vishnu but then later converted to a Buddhist temple in the late 12th century. The temple remains a pilgrimage site for modern day Buddhists from all over the world.

Check out our “13 Days in Thailand & Cambodia” trip here.